Empowering Young People to Self-Manage their Mental Health and Wellbeing 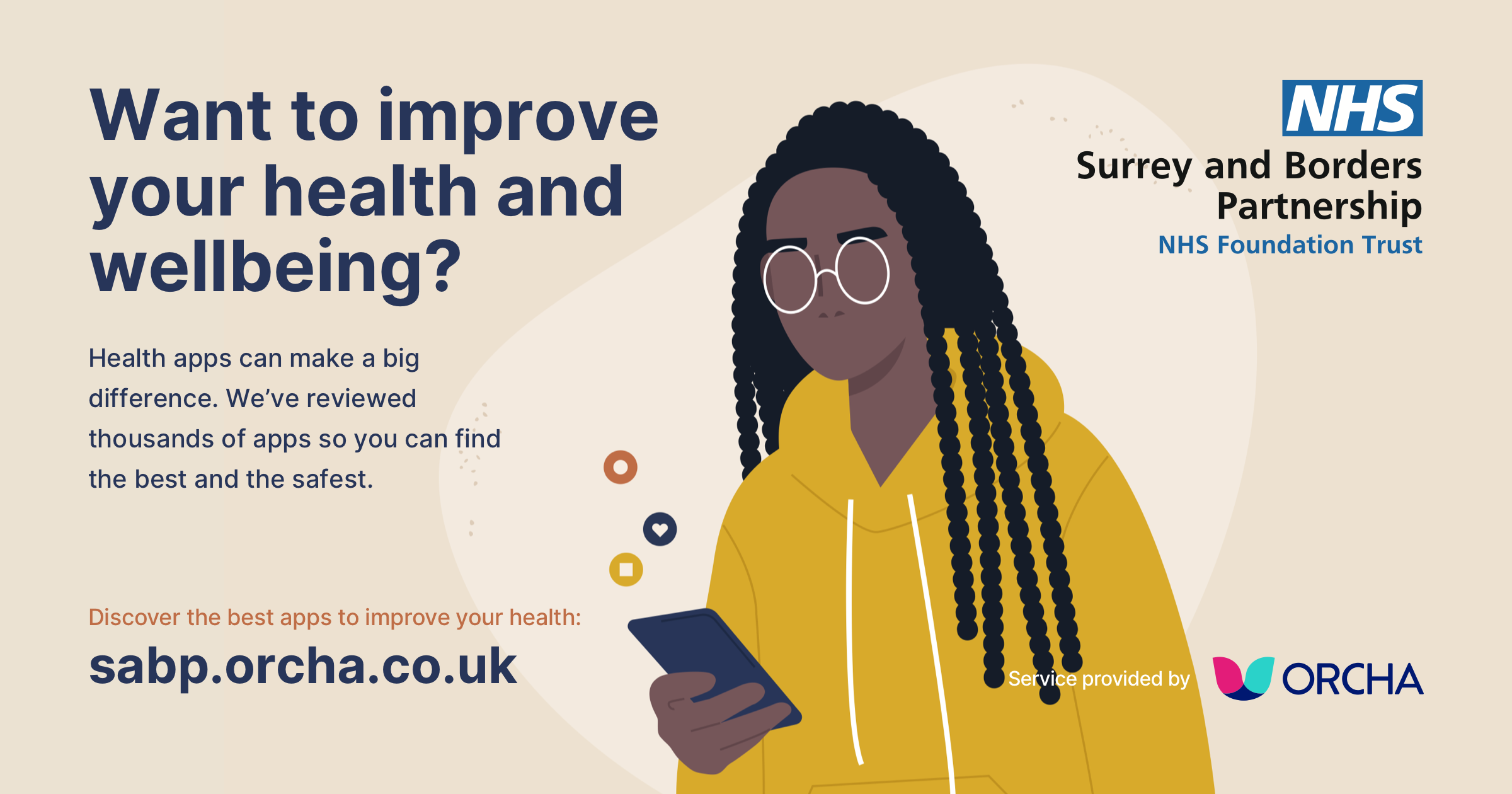 Serving a population of 1.3 million, Surrey and Borders Partnership NHS Foundation Trust is an ambitious provider of mental health, drug and alcohol and learning disability services for people of all ages. It achieves ‘Good’ across all five domains assessed by the CQC.

Having listened to clinicians, people using services, and digital steering groups, the Trust set out its ambition to create the best personalised experience and outcome for people, leveraging the potential that technology presents to do things differently and in an individualised way.

As part of this journey, the Trust looked to establish key digital foundations, including a library of health apps. The focus on apps reflected the growing use of health apps as an additional source of support, both within the Trust and among the general population, and sits well within the Trust’s early intervention strategies within CYPS (Children & Young People’s Services) where the platform is under pilot.

The launch of such a service requires a robust system to minimise risk, with particular reference to the clinical environment where apps may be used as part of professional practice. Areas of concern included clinical effectiveness and data protection along with a requirement for the chosen solution to be kept up to date.

The Trust chose to work with ORCHA. With a track record in assessing health apps for mental health Trusts, ORCHA offers a comprehensive app review service and uses a closed-loop process for quality. The Trust would benefit from the many thousands of app reviews carried out by ORCHA to date and would seek to be an active partner in driving future development of the project.

The Trust’s implementation of ORCHA has been led by the Digital Healthtech team and has been designed with young people in mind, reflecting the CYPS focus. Although the site is primarily intended for the local population to access independently, the Trust are also piloting the use of Pro licences, which allow clinicians to recommend apps from the platform directly to the young people they are working with, either by phone or email.

A small team of clinicians were included in the pilot, as digital champions, including Child Wellbeing Practitioners based in schools across the county. These practitioners are a key part of the Trust’s CYPS early intervention strategy, working 1:1 directly with young people. Working with the project team, the ORCHA champions have identified key points in the young person’s treatment journey where apps may offer a good fit. Following training provided by the SABP Healthtech team, the Child Wellbeing Practitioners are trialling the pro accounts in their daily practice.

The team have created a list of favourite apps, in consultation with ORCHA, and this is being rolled out to all team members, giving them a common baseline to work from and streamlining the process of recommending apps to young people. The Digital Healthtech team form a vital link between the clinicians and supplier, offering regular check-ins, further training and articulating requests for change.

In addition to the work with the clinical team, the Healthtech team have been actively engaged with promoting ORCHA with partner organisations and the wider population of Surrey. Most of the promotion has been digital, although focus groups with young people suggest they prefer traditional promotional material such as posters and business cards in A&E waiting rooms and GP surgeries – things that are simply not possible under current restrictions. Instead, the Healthtech team have had to find other approaches – listing the site on local council and charity directories, as well as making direct contact with schools, other NHS organisations, youth organisations and charities. A QR code linking to the ORCHA site has been added to the footer of all referral letters and a paid social media campaign is in the pipeline.

The promotional campaign was underpinned by the fantastic selection of digital comms materials created by ORCHA from graphics supplied by the Trust. The pack includes materials for Facebook, Twitter, Instagram, etc., and features the cast of characters from our ORCHA site, providing a striking and accessible digital comms package.

The Trust now has a library of rated and approved apps, removing much of the risks previously associated with including unregulated apps in clinical practice. Any update or change to an app automatically triggers a re-review, ensuring the platform is always up to date and governance standards are maintained.

Before the ORCHA implementation, informal lists of top apps were circulated by well-meaning individuals and were unverified – some were found still circulating two or three years later, leading to increased risk of inappropriate apps being recommended or of apps no longer being available. Implementing the ORCHA platform has enabled a culture shift, directing people using services, clinicians, and the wider population, to a selection of apps that is always current and underpinned by the assurance offered by the ORCHA review process.

Early feedback has been positive both from focus group participants and clinicians alike. Clinicians appreciate the pro functionality as it includes a favourites list, enabling lists of favourite apps to be saved and quickly accessed in order to make recommendations directly from the platform in just a few clicks. The platform automatically logs activity, such as recording recommendations made.

The most engaged clinicians are acting as champions, recommending to others.

“Young people are always on their phone. So, apps are a natural additional tool to be able to offer young people to help them to encourage to engage with their support. Apps offer more control and flexibility over when and where clients can engage, and many say they prefer an app to writing in a worksheet.

“We have found apps work really well as an additional support option at certain stages of our client’s treatment. When on a waiting list, after their first assessment and at the start of their review period – giving them tools to use when increasing their independence. There are some fantastic apps that have worked very well.”

Through listening to the needs of young people, their carers, and the clinicians that support them, the ORCHA apps library is becoming an established tool, empowering individuals to access high quality apps as part of our overall ambition to create the best personalised experience and outcome for the people we support.

Get DTAC ready, meet top scoring digital health suppliers, hear about our new products and so much more…

ORCHA is holding a competition for AHPs who are ORCHA Pro License holders, to run alongside the yearly Twitter We Active Challenge

A group of teenage boys are working together to figure out how technology, in the form of health apps, can support their peers through tough times

Search ORCHA’s App Library, featuring thousands of independent app reviews across a broad spectrum of health conditions. Every app is evaluated against more than 350 measures across Clinical/Professional Assurance, Data & Privacy, and Usability & Accessibility, making it easy for you to find the best apps for your needs.

By submitting this form, you are providing your personal information to ORCHA, which we will use in accordance with our Privacy Policy.