Choose another country to see content in your location

A day at ORCHA Explore your next role

Designed in collaboration with NHS clinicians and universities, ORCHA’s Digital Health Academy is available for all frontline NHS and social care staff at no cost.

How do you know which standards and regulations are relevant?

How do you gain and maintain compliance?

And how do you capitalise on this? 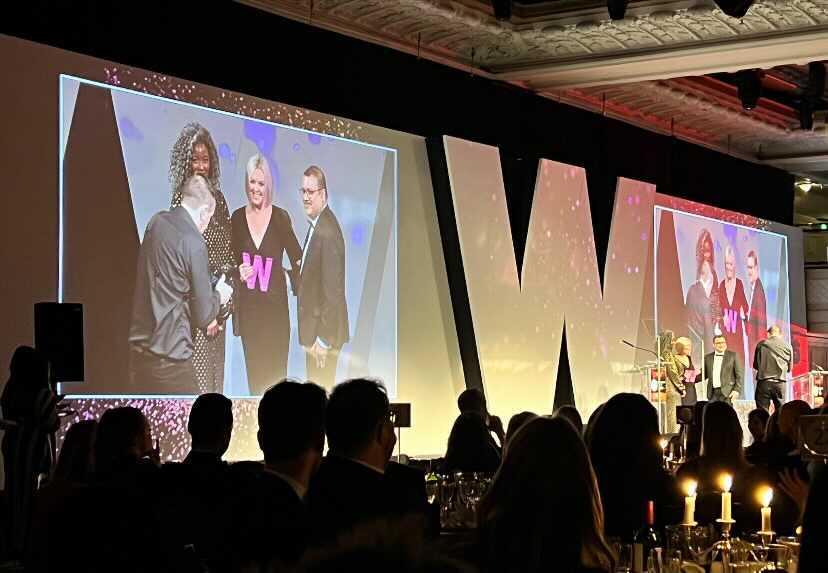 The founding CEO of ORCHA, Liz Ashall-Payne, has been named Entrepreneur of the Year at the Women in IT awards.

Liz, a former NHS speech and language therapist, founded the Organisation for the Review of Care and Health Apps in 2015 and it has become a global leader in health app accreditation and distribution. ORCHA has reviewed more digital products than any other review engine in the world – 17,000 reviews to date – and it supports NHS organisations in 70% of regions with libraries of digital health products.

The Women in IT Awards ceremony was held in London earlier this week (28 February) at the JW Marriott Grosvenor House and Liz’s co-finalists for the Entrepreneur category included female leaders from cyber security firm Darktrace and transport solutions company 365 Response.

The judges said they had been looking for a female leader of a technology, digital or e-commerce start-up which had demonstrated excellent growth in the last two-years with a coherent and sustainable strategy in achieving it. Judges had considered growth, standout achievements and customer testimonials.

“It was like being at the BAFTAs. The spotlight was on me as I walked up to the stage and the judges were saying I was an inspiring leader. I was a bit in shock and didn’t quite believe it was true. All the big companies were there – IBM, Amazon and Microsoft. I just felt humble. This award isn’t for me – it’s for the whole ORCHA team.

“There’s a real message to other entrepreneurs here. I’m a clinician by training not a technology expert. I hope this gives people who aren’t necessarily tech-savvy the confidence to try and solve a problem using tech, which is exactly what I did.

“There’s also a lot of research about our confidence as women in the workplace. Confidence is a real issue – we can’t ignore it. We work really hard at ORCHA to nurture our fantastic female colleagues and this award will give us all a boost.”

Use of ORCHA’s services accelerated rapidly during the pandemic, as healthcare staff sought remote approaches to patient care. ORCHA research, published by BMJ Open, noted a 343% increase in app downloads during the first lockdown. Its meteoric growth has led an ongoing recruitment programme, with 100 staff plus senior leadership roles being recruited during 2021 and into 2022.

ORCHA now works in 12 countries around the world, setting up frameworks for digital health accreditation and distributing top quality digital products via its app libraries. Last year it established the Middle East’s first digital health library, in Dubai. It is also working on a pan-Nordic project, and with a leading Canadian healthcare provider. An office is due to be opened in the USA imminently.

However, the UK market remains a major focus and an immediate concern is to overcome the barriers to digital health adoption.

“We’re aware at ORCHA there are many NHS colleagues who are struggling with tech at the moment, as digital therapies come to the fore. It’s a sea change in healthcare and some will find it easier than others.  That’s why we are just about to launch the UK’s first digital health training academy, which will offer straightforward, free and CPD-accredited training to every single frontline worker in the NHS and social care.”

The ORCHA Digital Health Academy will be available on the Health Education England Learning Hub (learninghub.nhs.uk) and at orcha-academy.com from late March.

Liz’s contribution discusses the appetite for digital health, and the quality of health and care apps that are available

New Digital Health Assessment Framework Launches in the US

ORCHA collaborate with major US Bodies in delivery of pilot

Oops! We could not locate your form.

Oops! We could not locate your form.